Today I did church with my husband. It’s a new world getting in touch with the whole “Pastor’s Wife”, First Lady, “Leading Lady, Elect Lady (Mean Lady) Naw…. just kidding on that one. But you know, the new world of getting accustomed to the role of being his intimate companion yet so PUBLICLY.

Sometimes I just sit and look in oblivion, last year this time I was preaching in my own pulpit and this year I’m sitting on the 2nd row trying to look pretty. Ha! Feeling very awkward on many occasions but also enjoying this year of JUST BEING MARRIED.

I HAVE A WONDERFUL HUSBAND, and although he gets on my last nerve every other day he’s such a great person. He spends hours in his office reading, studying, early morning prayers, late night research and constantly on that phone for one member or the other. I guess it really is a life of SERVICE and dedication.

Today I watched him teach to his congregation; it was a hard word for spiritual growth and development. I saw the passion and desire in his eyes as the tears streamed down his face as he shared the burden of his heart.

This afternoon we traveled to the next city over only about an hour away for him to fulfill a preaching engagement request. This sermon was notably different; he was a fiery, old fashion methodist PREACHING MACHINE in action. It was electrifying, people were up on their feet yelling, clapping, amen(ing) and crying. The word of God was delivered with such fervor and power. It was awesome to see and to experience. I wanted to say PREACH PARKER PREACH!!! (The name of his mentoring/coaching practice) I think I might have at one time because I was just as engaged as they were. Whoa!!!!! That man can preach!!!! P3 http://www.preachparkerpreach.com (Go check him out they are relaunching in about 2 weeks)

Now back to the topic  of PASTOR’S WIFE. hhhmmmm… what do I say. I’ll go deeper later in another post……although I’ve only been one for a short time I’ve been very intricately involved in the world for a number of years……… 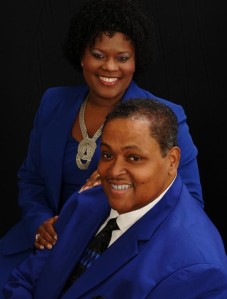 I think I just like being a servant of God, with a body of people, doing whatever I can do to advance the kingdom. I find in my denomination (UMC) we don’t focus on TITLES as much as in my husband’s denomination (AME). So for me to fall into a titled position feels a bit strange some. Plus we view things a bit different and with that I find myself in a quandary. Oh how so many days I wish I had a seasoned Pastor’s Wife who I could share my thoughts and inhibitions with. One who would understand BOTH of “my” worlds. As it stands now,  I have connections on either side who understand THEIR world.

None the less, on day two of FREEDOM WALK I decided to share about this role because I am a WOMAN, WIFE, CHRISTIAN who can sit on any row and just praise God. I can sit in any church, synagogue, cathedral, mosque in any setting and find the common denominator. It’s liberating to be me and wear the hats and fulfill the many roles I do. It’s fun and exciting, some days. Then other days it’s rather exhausting, but over all it’s the truth of my world. For that, I appreciate more and more the grace of God in my life which I believe has prepared me all of my days  for today.

Well, it’s time to plug back into the Super Bowl with the hubby, but wait he’s still being pastor on his iPad ordering branding items for his church. SMH. We both need to know how to stop and just relax.

This February’s FREEDOM WALK is taking me into new areas of positioning.

I’m going to keep on stepping. Smiling. Living in this freedom…

Seeing it all Through Gewanda’s Eyes.